AARON TIPPIN RESPONDS TO USE OF SONG BY TED CRUZ CAMPAIGN 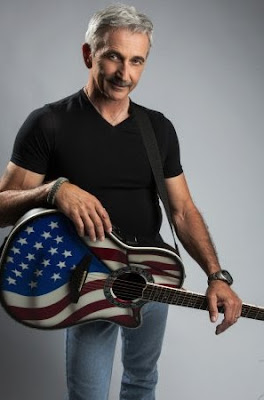 Country music fans who were tuned-in to last night's national news coverage of the Iowa caucuses likely heard a familiar tune following the big win by Republican presidential candidate Ted Cruz.  Aaron Tippin's hit song "Where The Stars And Stripes And The Eagle Fly" was blaring loud and proud over the speakers as Cruz took to the stage to proclaim victory in the Hawkeye State.

"So many people have been calling and texting telling me they heard Stars And Stripes last night," says Tippin.  "Man, I'm so proud that my song still resonates so loudly in America.  I'm not endorsing anyone but I hope that my song will help get folks out there and do their patriotic duty… vote!"
Posted by LovinLyrics at 4:04 PM