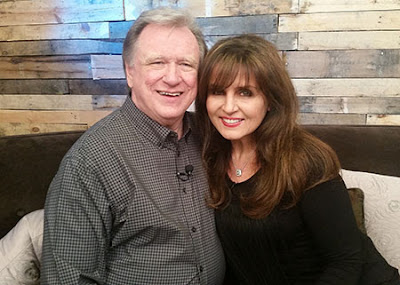 Deborah Allen, the fiery country singer who stole America’s hearts with her No. 1 cross-over smash, “Baby I Lied,” is hitting televisions nationwide for an all-new episode of “Reflections.” The hit-maker will give a career-spanning, in-depth interview the week of February 15, on Heartland TV and Blue Highways’ hit program “Reflections” (check local listings). The show, which is hosted by Keith Bilbrey, takes viewers inside the life and career of some of country music’s most influential artists of all time. Tune in as Deborah Allen sits down with the Tennessee Radio Hall of Fame DJ for a discussion about her storied career, biggest obstacles, along with what lies ahead for the singer/songwriter. “Reflections” airs on The Heartland Network Thursdays 8/7c (6 p.m. CST on WSMV 4.2 in Nashville) and Saturdays 4/3c. Click here to find your local channel.

“I had so much fun catching up with Keith! He has a way of pulling personal stories out of me that I normally wouldn't think to tell, along with some of my biggest career highlights,” says Deborah Allen. “Maybe that's because we're such big buddies! We go way back!”

Along with finding success herself as a solo artist, the critically acclaimed singer has penned more than 1,600 compositions for hundreds of artists, including smash hits by LeAnn Rimes, Brooks & Dunn, Patty Loveless, Conway Twitty, Tanya Tucker, Janie Fricke, John Conlee, Isaac Hayes, Diana Ross, Sheena Easton, Fleetwood Mac and more. She would later find success of her own, hitting the charts with unique songs like “I've Been Wrong Before,” “I Hurt For You,” “Rock Me,” “If You're Not Gonna Love Me,” “Wrong Side Of Love,” “Break These Chains” and her signature song, “Baby I Lied.”

Deborah continues to tour throughout North America, after recently wrapping up her 2015 “Nothing But the Hits Tour.” She kicked off 2016 performing on the SOLD-OUT Country Music Cruise, which ported from Ft. Lauderdale, Fla. Be on the lookout for more details to come!
Posted by LovinLyrics at 2:33 PM