Award-winning internationally syndicated country radio show, "Whiskey And Cigarettes" will air their exclusive interview with country legend and superstar, Hank Williams, Jr. The interview will debut during the live broadcast on February 21, 2016 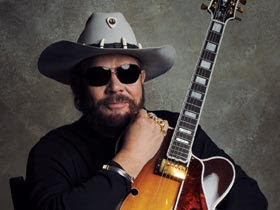 The interview with Hank Williams, Jr. will air this coming Sunday, February 21st, 2016 between 11am ET-3pm ET. The live show airs on Military Brotherhood Radio at http://www.militarybrotherhoodradio.com. Whiskey And Cigarettes is also re-broadcast on 50 syndicating stations, worldwide, multiple times throughout the week. The interview will also appear on the February edition of the “Whiskey and Conversations” talk show, broadcasting in March on iheartradio and other outlets.

Between 1979 and 1992, Hank Williams, Jr. released 21 albums, 18 studio & 3 compilation, that were all, at least, certified gold by the RIAA. Between 1979 and 1990, Williams enjoyed a string of 30 Top Ten singles on the Billboard Country charts, including eight No. 1 singles, for a total of 44 Top Ten singles, including a total of 10 No. 1 singles, during his career. In 1982, he had nine albums simultaneously on the Billboard Top Country Albums chart, none of which was greatest hits or live. In 1987 and 1988, Williams was named Entertainer of the Year by the Country Music Association. In 1987, 1988, and 1989, he won the same award from the Academy of Country Music.

For more information, visit www.hankjr.com.
Posted by LovinLyrics at 3:12 PM