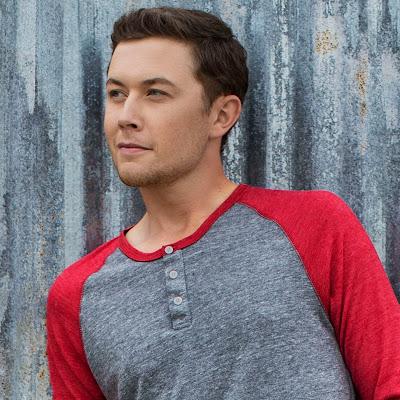 Multi-Platinum-selling country music sensation Scotty McCreery was voted the “Best American Idol” by the readers of The Los Angeles Times in a recent poll. The ACM and CMT Award winner has been a strong fan favorite ever since his debut on the iconic television show back in 2011 when he won America’s hearts and the American Idol title with his signature deep voice and humble personality.

“Well dagum! I don’t even know what to say,” said a stunned McCreery. “I appreciate all the love and support that my fans have given me since I first appeared on ‘Idol' five years ago. Because of them, I get to live out my dreams. Saying ‘thank you’ doesn’t seem to be enough, but I am truly thankful for all of them.”

Following McCreery, the Top Five results from The Los Angeles Times poll included Phillip Phillips at No. 2, Kellie Clarkson at No. 3, Carrie Underwood at No. 4, and Jordin Sparks at No. 5.  Read the article and see the poll results here.

McCreery recently returned to “American Idol” on Feb. 11 where he mentored and performed with two of the Top 24 contestants, Jenna Renae and Jeneve Mitchell. Earlier that evening he took over the “American Idol” Facebook page with a 30-minute live video chat that attracted more than 250,000 internet viewers and 35,000 questions during the session.

On May 3, McCreery will release his first book, Go Big or Go Home: The Journey Toward the Dream. In the book, McCreery shares lessons learned from his life, experiences from his “American Idol” days, and stories from his country music career. The book is currently available for pre-order at Amazon, Barnes and Noble, and ChristianBook.com.

The North Carolina native is touring throughout this year. Tour dates and more information can be found at www.ScottyMcCreery.com.
Posted by LovinLyrics at 5:00 PM