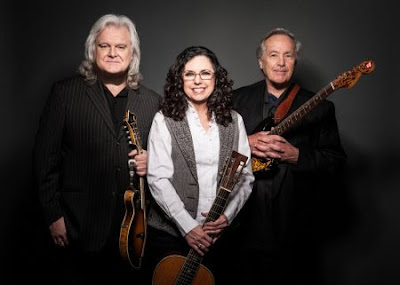 Last spring when music legends Ry Cooder, Sharon White and Ricky Skaggs came together for their maiden voyage as a touring trio, they weren't sure how it would be received. Now, more than 30 live concerts later, and with critics raving coast-to-coast, it's apparent that Cooder-White-Skaggs is a touring force to be reckoned with.

The New York Times says Cooder-White-Skaggs is a "Roots-music celebration" that conveys "a sense of rare joyous occasion" while The Oakland Press calls it "a dream collaboration of kindred spirits."

"The seven-piece ensemble delivered almost two hours of classic American roots music sung in glorious harmony, and the performance was at once virtuosic and disarmingly casual," wrote The Times Union newspaper following a performance in Albany, New York.

Following the trio's Berklee show, The Boston Globe reported, "It was a down-home salute to country and bluegrass pioneers whose songs remain an indelible part of the canon, from Hank Williams ('Mansion on the Hill') and Jimmy Martin ('Hold Whatcha Got') to Flatt & Scruggs ('Gone Home') and the Delmore Brothers (an especially stealth 'Pan American Boogie')." 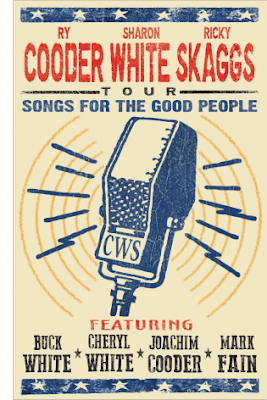 The Philadelphia Inquirer says Cooder-White-Skaggs is "a comfort and joy, focusing on rural, family-harmony-driven, 20th-century classics." The Dallas Morning News raves, "Rarely has passion and performance been so effortlessly entwined in the context of songs written (mostly) before any of the players were even born."

Due to the rising demand for Cooder-White-Skaggs, the trio will keep the train rolling into 2016 with the "Songs For The Good People" tour. Additional live concert dates have been announced in Atlanta, Nashville, Ft. Lauderdale, Tampa, Canada and more. See below for a complete listing of shows.

Cooder-White-Skaggs brings master multi-instrumentalists Ry Cooder and Ricky Skaggs alive on stage to deliver a revelatory program of blues gospel and bluegrass. They are joined by Sharon White, one of the purest voices in country music, Joachim Cooder on drums and Mark Fain on bass with occasional guest performances by Buck White and Cheryl White of The Whites.