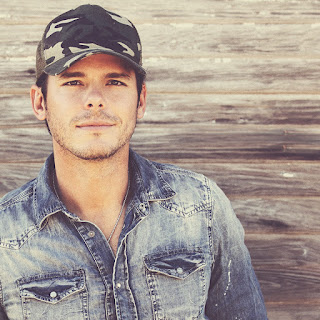 Granger Smith, dominates the charts this week at No. 1 (Billboard, Mediabase and Music Row charts) with his national debut hit “Backroad Song.” The record has sailed at country radio since impact and is a commanding precursor to his anticipated new album, Remington, out March 4.

"How do I put this into words? Having a #1 song has been a lifelong dream of mine and to achieve this as both a writer and a singer is surreal,” says Granger. “It has been a long road, but such a great adventure and I have so many team members to thank for that. I'm feeling pretty blessed right now."

“Thrilled, ecstatic, elated – those words can’t begin to express the excitement in the Wheelhouse Records offices today. Achieving a #1 debut single from a debut artist on a debut label imprint is a pretty rare and extraordinary thing,” says Teddi Bonadies, VP of Promotion for Wheelhouse Records. “We’re so grateful to our friends that helped make this dream a reality.”

Granger Smith has captivated the country music world. His success has been earned through relentless touring, a longstanding social media presence that has generated a massive and rabid following, and a deep-rooted pension for songwriting that has always driven his craft.

The months ahead are packed with excitement for Granger. Upcoming appearances include the Today Show (March 8), Fox & Friends (March 9) and Jimmy Kimmel Live (March 22) where Granger will perform on the coveted outdoor stage. In addition, Granger will help close out this year’s ACM Party For A Cause® Festival on Sunday April 3 at the Las Vegas Festival Grounds leading up to the 51st Academy of Country Music Awards.

Topping nearly every “Artist to Watch” list, Granger continues to bring his music straight to the fans through his electrifying live show. To see all tour dates click here.
Posted by LovinLyrics at 5:12 PM