KELLIE PICKLER, CRAIG MORGAN AND LOCASH AMONG HEADLINERS FOR ASHLEY FOR THE ARTS MUSIC AND ART FESTIVAL

Admission Wristbands For The Three-Day Event Available For $10!

West Central Wisconsin is a hotbed for summer music festivals. There is one festival that doesn’t quite fit the mold, but has quietly attained a cult following of sorts amongst its growing fan base. It’s called Ashley for the Arts, and it’s held in Arcadia, Wis.

So, why should you attend? This may sound cliché, but there just may be something for everyone. Oh, and there is one more thing: The cost of admission to this three-day charity event (Aug. 11-13) is a whopping ten dollars. Admission wristbands are available at the gate.

So, what do you get for ten dollars? 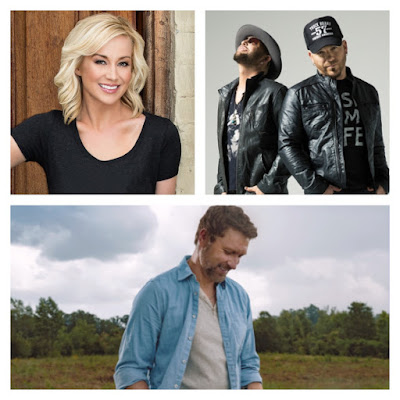 The venue is perhaps the most awe-inspiring aspect of Ashley for the Arts. The 54-acre Memorial Park serves as the backdrop for the event. It has open green spaces, mature trees, and a beautiful outdoor amphitheater; and also features Soldiers Walk, one of the premier war memorials in the U.S. outside of Washington, D.C. This park is certainly not one that you would expect to see in an isolated rural community. Among his many philanthropic contributions, Ron Wanek, founder and chairman of Ashley Furniture Industries, Inc., was the lead benefactor and architect of this majestic park.

And it is more than capable of handling large crowds. Two miles of walkways subtly direct pedestrian traffic by art and craft vendors, four music stages, a car show, a hot air balloon launch, an air park, an interactive art station, and a kids jungle gym and playground area. Each year, Ashley for the Arts also features a run/walk event, a bike race, a kid’s obstacle course, a sky lantern launch during Friday’s and Saturday’s headline performances and an unforgettable fireworks show on Saturday night.

There are additional music entertainers and many family-friendly off stage performances throughout the Friday and Saturday portion of the event, including a wheel of death, fire poi, juggling, balloon sculptures, bubbles, Wild West-themed performances, a living statue and a scavenger hunt. A Mexican Dance group dressed in traditional attire will perform on Saturday, as well.

As if the family friendly aspect of this event weren’t already self-evident, here’s another golden nugget: With their $10 admission wristband, children can gain unlimited access to the performances, the air park (bouncy houses), the jungle gym playground area, the interactive art activities area, and scavenger hunt activities and they are provided with many FREE giveaways and prizes. So, outside of the food and drink, Mom and Dad can rest assured that they won’t need to break the bank if they bring the kids along.

With food and beverage booths (and bathrooms) aplenty, free parking and free bus shuttles to nearby parking areas and the county campground just North of Arcadia, one can begin to understand why attendance for this festival has grown by an average of 50% per year since its inception in 2009.
Posted by LovinLyrics at 2:22 PM