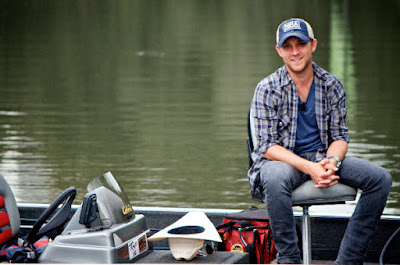 As headliner of the NRA Country concert at the Great American Outdoor Show in Harrisburg, Pennsylvania over the weekend, Moore hosted the largest audience in three years for the event. The “You Look Like I Need A Drink” singer was a crowd-pleaser throughout his electrifying set, chock-full of sing-along hits and making a genuine connection with the crowd as an outdoor enthusiast himself.

"I get my daughters outside whenever I can – up in a tree stand, on 4 wheelers or fishing with the family. It's great to be able to raise them the same way I was raised and on the land that's been in my family for over 100 years. I am Justin Moore and I am NRA Country.”

As part of the NRA Country promotion, fans can register to win the exclusive prize pack starting today through March 4. Learn more about the prize and enter to win HERE.

Learn more and get NRA Country Connected at www.NRACountry.com! Fans can keep up with Justin Moore by visiting the web site at www.JustinMooreMusic.com, Facebook, and Twitter.

I fully agree with it. He is really good musician and better singer. I like him. He goes in new tour this summer. Hope to see him http://justinmooretourdates.com/