PRE-ORDER "FIRED UP", THE NEW CD FROM RANDY HOUSER TODAY AND GET 2 INSTANT DOWNLOADS

New music is offered to fans as lead single, “We Went,” charges up the Top 5 at Country radio 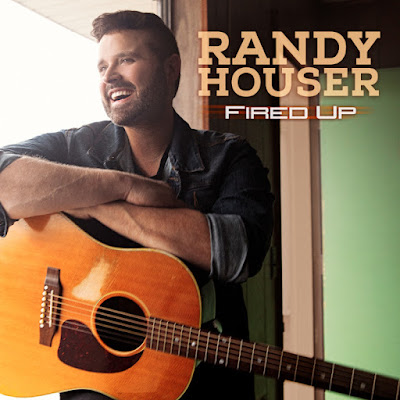 Fans have been clamoring for new music from Randy Houser since the 2011 release of his hit-filled breakthrough album, How Country Feels, and today they can get the first listen from his much-anticipated March 11 release, Fired Up, by pre-ordering the album and receiving instant downloads of “We Went” and “Little Bit Older.” Declared a “galloping road anthem” (Rolling Stone Country) and praised for “Houser’s soulful delivery and the unrelenting arrangement” (Taste of Country), the album’s lead single “We Went” continues its ascent at Country radio as it charges up the Top 5 on Country Aircheck powered by Mediabase this week.

Pre-order Fired Up now on iTunes at http://geni.us/firedup

Eager to share his new music with fans as soon as possible, Houser also crafted unique lyric videos to accompany each song. Watch the video for “Little Bit Older” here. Additional tracks from the 17-song album will be available for download ahead of the album’s March 11 street date, with new tracks being unveiled with pre-orders of Fired Up on Friday, Feb. 26 and Friday, March 4.
Posted by LovinLyrics at 10:29 AM