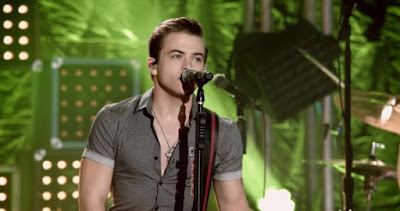 Hailed as a "country-rock-blues guitar hero in the making" by the Los Angeles Times, five-time GRAMMY nominee Hunter Hayes already has three No. 1 singles under his belt including the multi-Platinum smash "Wanted," "Somebody's Heartbreak," and "I Want Crazy." Hayes delved into new territory with the innovative rollout of new music via streaming and digital platforms in 2015, culminating in the release of a special, three-disc collection titled The 21 Project which features seven acoustic, seven studio and seven live songs. Hayes is currently recording music for his forthcoming third full-length studio album, with a new single anticipated in early 2016.

AUDIENCE Network features groundbreaking concerts, in-depth artist interviews, unique stories and exclusive performances now shooting in ultra high definition 4K. AUDIENCE Network is available to DIRECTV and U-verse customers via broadcast and live stream on directv.com and uverse.com and on smartphones and tablets, via the DIRECTV and U-verse apps.