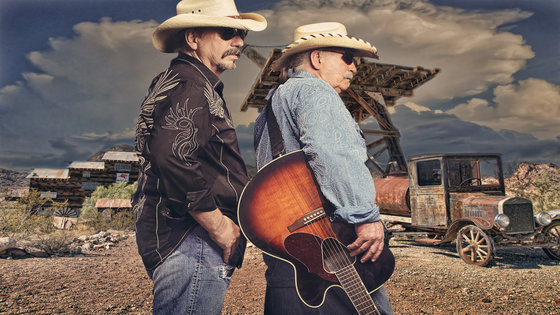 “We’re in hundreds of cities every year playing shows - just imagine the stories we have to share after touring the globe. Hippie Cowboys will provide a foundation for us to build some really cool projects that provide a glimpse into our crazy life on the road and at home,” David Bellamy said.

“BaseCamp Media + Entertainment is excited to be working with such iconic and highly regarded musicians. Howard and David have a unique family dynamic as well as continuing to influence the country music scene with their songwriting and performances. Our partnership plans to showcase both the Bellamy family life and their music in this new venture, " said Andy Sheldon, co-founder & CEO of BaseCamp Media + Entertainment, a Los Angeles-based entertainment company pioneering new forms of content creation and monetization in partnership with global brands and retailers.

“This is a tremendous opportunity for us to tell the stories of these music legends, while partnering with some of the most experienced entertainment experts in the business,” said Jason Harper, Executive Producer for Harper/Abdo Productions. Co-founders Frank Abdo and Jason Harper have been part of producing such shows as “The Biggest Loser” (NBC), “Hogan Knows Best” (VH1), “The Ex & The Why” (MTV), "Spike the Strip" (SpikeTV) and “Food Tech” (History Channel).

The Bellamy Brothers continue their 40th anniversary with more than 50 dates in the U.S. as well as stops in Switzerland, Germany, Norway and Sweden, just to name a few. The successful second leg of their tour coincides with their new album “40 Years: The Album,” a compilation of past hits and new songs, which also benefits Susan G. Komen by donating $1 of every U.S. iTunes download to fund breast cancer research, education and community outreach programs. Click here to purchase “40 Years: The Album.”

“40 Years: The Album” encompasses more than their four decades in the music business. The project is a compilation of past hits, like “Let Your Love Flow,” ”Redneck Girl” and “If I Said You Have a Beautiful Body (Would You Hold It Against Me)” and 20 new songs.