From 20 fans in 2014 to over 2,000+, Old Dominion graduates to new Chicago establishment with record-setting inaugural sell out benefitting ACM’s Lifting Lives 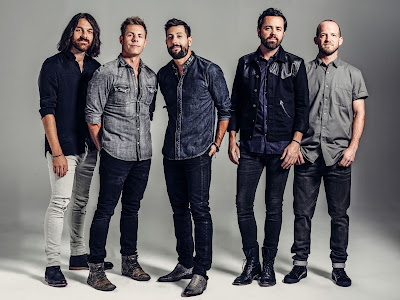 Hits Magazine calls Old Dominion “songwriter-driven, road-tested,” and the two-time ACM nominated band is certainly living up to that moniker. Last night (March 1) they became the first act to sell out Chicago area’s new venue Joe’s Live in Rosemont, Ill. with tickets going clean over three weeks ahead of their performance. The new bar, located not even 15 miles northwest of the famed Joe’s on Weed Street where Old Dominion cut their teeth before adding multiple nights at the 945-capacity venue to satisfy fan demand, teamed up ACM Lifting Lives, the charitable arm of the Academy of Country Music, to donate $2 of every ticket totaling an unprecedented $4,600 to benefit the ACM Lifting Lives’ mission of improving lives through the power of music.

“Music has the power to heal, motivate, empower, unite, and improve lives, and tonight, all those things converge,” shared lead singer Matthew Ramsey before thanking the assembled fans for their contribution to such an incredible organization. “Chicago fans have supported us from the first time we played Joe’s on Weed in March 2014; I think I even recognize a few of you from that first night. We cannot thank you enough for helping us get to this point in our careers.”

Old Dominion, who is nominated for New Vocal Group/Duo of the Year as well as Vocal Group of the Year at the 51st ACM Awards, is currently watching their Top 15 single “Snapback” climb the charts at double the speed their two-week No. 1, “Break Up With Him,” raced to its peak. The single, whose new music video captures the very zeitgeist of today’s eclectic music lover and features professional skateboarder Leticia Bufoni, premiered earlier this week.

The five-piece band, consisting of Matthew Ramsey, Trevor Rosen, Geoff Sprung, Brad Tursi and Whit Sellers, which Rolling Stone Country notes is “building on the country-band blueprint set by the likes of Alabama and adding some fuzzy guitars, catchy licks and even a little rap that shoots for stadiums, not saloons” is headlining their Meat and Candy Tour, selling out shows throughout the country. On April 23, they will join Kenny Chesney on the road for his 2016 tour for the second year in a row.

For more information about Old Dominion or to hear “Break Up With Him," visit  www.olddominionband.com
Posted by LovinLyrics at 4:39 PM