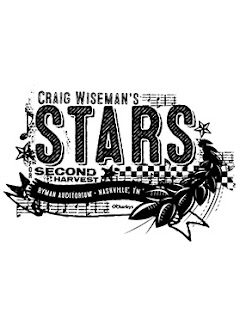 Last year, the benefit, held at the Ryman Auditorium, raised more than a record breaking $140,000. The 11-year total of almost $900,000 raised through the show has provided over 3.5 million meals to the one in six middle Tennesseans at risk of hunger. In addition to money raised from the event, Wiseman’s personal contribution and the contributions of his country music friends, have brought the collective dollars raised to $1,000,000 in support of Second Harvest.

“Through a fun-filled event with the best names in music, we are able to make a real difference in the lives of so many who just hope for a meal last year,” said Wiseman. “We have incredible support from the artists, from our sponsor O’Charley’s and the amazing fans. I can’t wait to announce who will be joining us this year for the show. Previous years have seen incredible performances by artists such as Tim McGraw, Jon Bon Jovi, Dierks Bentley, Florida Georgia Line, Ronnie Dunn, Keith Urban, along with so many big hit songwriters playing their songs and telling the stories, this year promises to be the biggest and most star studded show we have ever done!”

“We are proud to serve as the presenting sponsor of Stars for Second Harvest since its inception. O’Charley’s started right here in Nashville, so middle Tennessee has a special place in our heart.” said Eddie Hall, president of O’Charley’s.