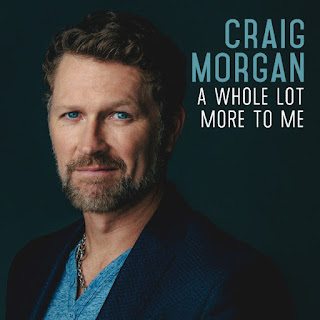 Craig Morgan fans don't have to wait any longer to hear new music from the country star's highly anticipated upcoming album, A Whole Lot More To Me! Starting today, those who pre-order A Whole Lot More To Me at iTunes will be rewarded with instant gratification tracks of his newly announced single “I'll Be Home Soon” and “When I'm Gone” from the forthcoming album. A week later, on May 20, those taking advantage of the pre-order will also automatically receive “I'm That Country,” and then again, on May 27, they'll receive “Nowhere Without You.” Pre-order the album at http://smarturl.it/awholelotmoretome.

A Whole Lot More To Me is set to release June 3 on Black River Entertainment with the album's soaring new single, “I'll Be Home Soon,” impacting radio May 16. The 12-song collection, produced by Byron Gallimore, features Craig as a co-writer on nearly half of the album's songs, including the project's title track and the fiddle-driven “I'm That Country.” Third Day's Mac Powell also makes an appearance on the album's moving ballad “Hearts I Leave Behind.”

Fans in town for the CMT Awards and CMA Music Festival can celebrate the release of the Black River Entertainment recording artist's new album A Whole Lot More To Me with Craig at a free, full-band concert starting at 6pm on June 8 at Nashville's Wildhorse Saloon. Craig will be joined by “Hearts I Leave Behind” duet partner, Mac Powell, guitar slinger Lindsay Ell and other surprise guests.

A Whole Lot More To Me track listing: