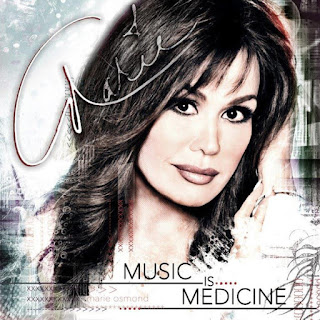 Marie Osmond has spent 5 iconic decades in the entertainment industry and has remained an instantly recognizable figure across the globe. She has two Grammy nominations, a CMA Vocal Duo of the Year Award, numerous Billboard chart-topping singles and albums, and has entertained millions of people through film, television, radio, literature, live concerts and Broadway performances. In addition to touring all over the world, she still performs with her brother Donny at the Flamingo Hotel's Donny & Marie Showroom in Las Vegas, and has helped raise over 5 billion dollars to date as co-founder of Children's Miracle Network Hospitals. an organization that helps over 11 million children each year.

"Music is Medicine" marks Marie's latest and perhaps most important studio release. It was produced by veteran country/pop/latin producer Jason Deere and features notable guest artists such as Olivia Newton-John, Diamond Rio, SisQo (Dru Hill), John Rich (Big & Rich), Marty Roe, and Alex Boye. The album was in the top ten albums sold the week of its release and the new video from the title track is not only highly entertaining but also helps raise awareness for the Children's Miracle Network Hospitals.