LOCASH PROVES THEY'RE "THE FIGHTERS" - NEW ALBUM RELEASING ON JUNE 17 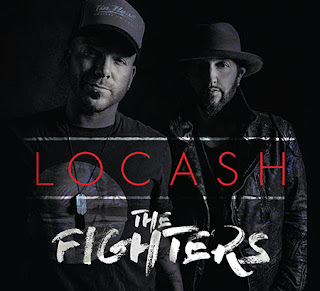 LOCASH fans are eagerly looking forward to June 17, 2016. It’s on that date that the fast-rising duo of Chris Lucas and Preston Brust will release their first full-length album for Reviver Records, entitled The Fighters.

“The past year has been filled with so many highlights, and Chris and I have been so honored and humbled with the attention our music has gotten from radio and the fans,” said Brust in a statement. “Since we released the I Love This Life EP back in October, our fans have consistently been asking for new music. We’re glad to be bringing that to them. We couldn't be more proud of this project & our road to getting here. The title track says it all. This one is for you. This one is for The Fighters.”

Of the upcoming release date, Lucas added, “All I can say is, ‘Wow.’ I feel like we can finally show the world what LOCASH is all about and the sound we want to portray to excite the fans and future fans in our industry. I can not wait for everyone to hear what we have been working on so hard for years!”

After becoming favorites with fans thanks to singles such as “Here Comes Summer” and “Keep In Mind,” LOCASH saw their career climb to the next level with the release of their 2015 single “I Love This Life,” which recently topped the singles chart. They also made their national TV debut on ABC’s Jimmy Kimmel Live! and NBC’s Today Show in March, performing their hit single as well as latest single, “I Know Somebody.”

The Fighters includes “I Know Somebody,” as well as fan favorites “Shipwrecked” and “Drunk, Drunk.” The duo has been featuring much of the new material in their live shows this past winter and early spring.

LOCASH has a full slate of dates on their calendar throughout the rest of 2016 – including a June 12 stop at the CMA Music Festival in Nashville.