RAELYNN STEPS UP TO BAT FOR CITY OF HOPE 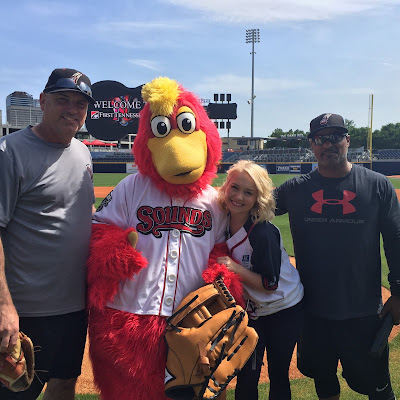 RaeLynn, joined the Nashville Sounds and beloved mascot Booster on the field for a “warm-up” and pro tips session yesterday in preparation for her playing in the City of Hope Celebrity Softball Game on Tuesday, June 7th at 3PM at First Tennessee Park. Tickets available via Ticketmaster.

Posted by LovinLyrics at 1:30 PM