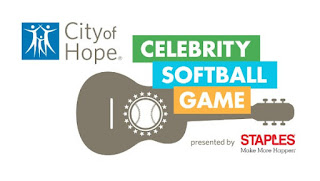 It was a home run for the 26th Annual City of Hope Celebrity Softball Game, which saw more than 30 music and sports stars step up to the plate to strike out cancer at First Tennessee Park in Nashville. Team iHeart Country and Team Opry ended in a tie game with a final score of 18 to 18. 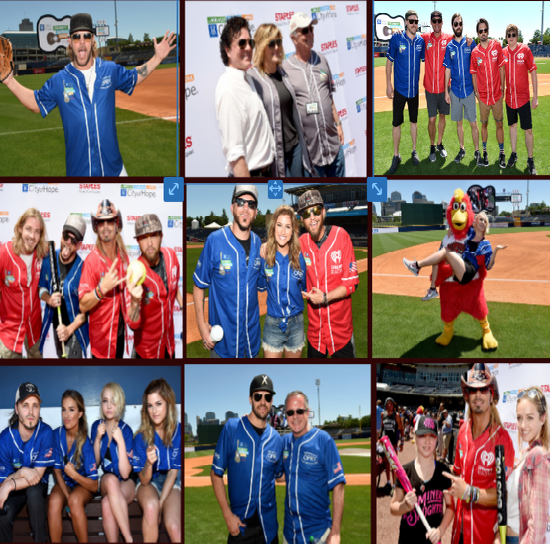 The fan favorite game didn’t disappoint, as the bats came alive for both teams throughout the high scoring game. Memorable moments on the field included multiple inside the park home runs, double plays, and some crazy antics leading to tying the score up at 18 in the final inning.

The City of Hope Celebrity Softball Game, a 26-year tradition during CMA Music Festival, celebrated its first quarter century in Nashville as it honored the game’s founder, music industry veteran Bruce Hinton. The “Champion of Hope Award” was presented to Hinton by President and CEO of Big Machine Label Group, Scott Borchetta, for his significant contributions to the event over its quarter century history.

While neither team can walk away with bragging rights this year, it is the patients at City of Hope who are the real winners with more than $200,000 raised for cancer research.

Thousands of fans packed the ballpark to catch the action and antics on the field. Before the first pitch was thrown, the crowds cheered wildly as 8-year old City of Hope patient Aaron Yniguez, who received lifesaving treatment for acute myeloid leukemia more than three years ago at City of Hope, and his genetically matched, life-saving stem cell donor Yolanda Nava, a Southwest® Airlines Employee from Arlington, Texas, traveled to meet on the pitcher’s mound for the very first time.

Bone marrow transplants offer a second chance for people with life-threatening blood cancers and other hematologic malignancies. Since 1976, more than 13,000 patients from virtually every state and dozens of countries have undergone bone marrow, cord blood or stem cell transplants at City of Hope. Support from the Nashville community and its country music artists directly benefit City of Hope’s mission to find cures for cancer, diabetes and other life-threatening diseases.

Those unable to attend the game can still support City of Hope. A variety of unique merchandise including game-worn jerseys signed by the players, and experiences including meet-and-greets with the hottest artists, will be available for bid at Cohauctions.com. The proceeds will benefit City of Hope’s mission to eradicate cancer and other life-threatening diseases.