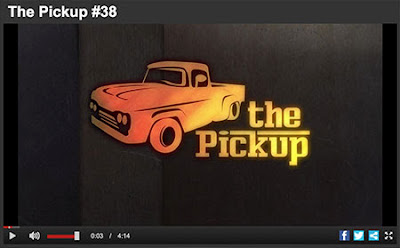 This episode of ‘The Pickup’ is dedicated to the memory of Bonnie Brown of Country Music Hall of Fame group, The Browns, who passed away on July 16. Roy Clark shares his thoughts on the day of her passing exclusively in this episode.

Charlie Daniels will be featured in a brand new Country Music Hall of Fame and Museum exhibit opening on September 23. Million Mile Reflections will feature artifacts from Daniels career as well as some personal memorabilia donated by the legend himself who will be inducted into the Hall of Fame in October.

The Pickup was in attendance on July 16 when Bill Anderson celebrated his 55th Opry Anniversary. Anderson has become one of the elders of the Grand Ole Opry with country artists of all ages looking to him for guidance and advice. Whisperin’ Bill’s new autobiography, ‘Whisperin’ Bill Anderson: An Unprecedented Life in Country Music,’ will be released on September 1.

Speaking of releases, Miranda Lambert has released her newest single, “Vice” and Kiefer Sutherland’s “Can’t Stay Away” released in preparation for his album release on August 19. ‘The Pickup’ caught up with Lambert who said of the song, “We all have things in our life that aren’t necessarily pleasant to talk about, but this song is honest as you can get about emotions and letting raw emotions live where they live.”

Country fans can get excited for Justin Moore’s fourth studio album, Kinda Don’t Care, slated for release on August 12. He gives viewers a bit of insight into how he decided on the name of the album along with Big Machine label head, Scott Borchetta.

Prayers are requested for Holly Dunn who is battling cancer and going through the struggles associated with fighting the disease.

Stay tuned to the next episode of ‘The Pickup’ who will exclusively be on tour with Dolly Parton bringing you never before seen footage into the everyday tour life of Dolly, her band and crew.

Posted by LovinLyrics at 7:46 PM