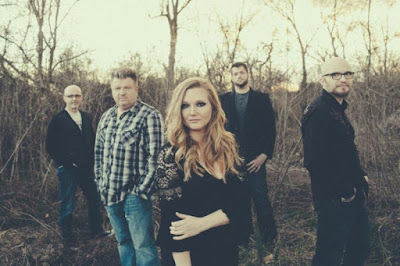 NewTown makes its debut this week on the Billboard Top 10 Bluegrass Albums Chart, nailing the #8 spot with the just-released HARLAN ROAD (Mountain Home Music Company). The critically-acclaimed 11-track outing includes "All That I Can Take," which makes its Bluegrass Today Weekly Chart debut at #6. Filled with tales of the "everyman," HARLAN ROAD, is available on iTunes, Amazon and other fine retail outlets. Radio stations can access the new album at AirPlayDirect.com.

Produced by multi-Grammy Award winner Barry Bales, HARLAN ROAD is being hailed as the band's most-impressive outing yet, with BBC Radio Kent's Dave Cash calling it "the best Bluegrass" he's heard in years. ParcBench.com's Greg Victor notes the disc "demands attention from those who love the genre," while Danny McCloskey of The Alternate Root states that "HARLAN ROAD travels to the future with a modern take on tradition that gives Bluegrass a tomorrow." One Stop Country astutely observes that the band "is not afraid to take some risks that stretch the boundaries ... but they know the perfect moments to reel it in and keep the purists satisfied."

Catch NewTown live on the road: