CLINT BLACK STILL GETS TO FANS WITH NEW VIDEO 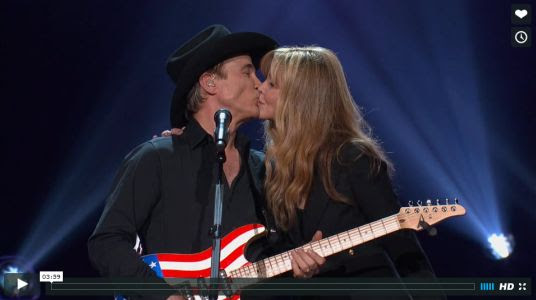 Clint Black is a country music icon that has sold more than 20 million albums worldwide and charted nearly two dozen #1 singles including “Nothing But The Taillights, “Like The Rain” and “When I Said I Do.” Black came onto the scene in 1989 with the debut of his critically acclaimed fan favorite Killin’ Time, which won him Album of the Year, Top Male Vocalist, and Top New Male Vocalist. The triple platinum release boasted five #1 hits including the title track, and “A Better Man,” which were 1989’s #1 and #2 singles of the year, a feat not achieved since Hank Williams Sr., 35 years earlier. He has earned over two dozen #1 singles, and thirty-one Top 10 hits - all written by Black.

Along with being a celebrated Country artist Clint serves as Honorary Chair for the International Rett Syndrome Foundation’s (IRSF) “Research to Reality: Funding Process.

After all these years, he sure still gets to u and fans can see that he and his wife, Lisa Hartman Black, obviously still get to each other from the looks of the new video. What a great couple!