THE 2017 COUNTRY MUSIC CRUISE IS SOLD OUT

All Perform Onboard
From Tampa to Key West, Cozumel and Costa Maya
January 27 – February 3, 2017 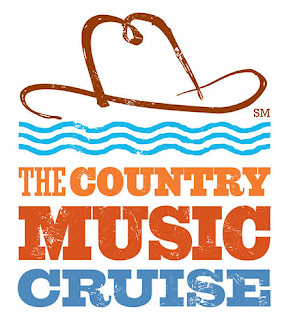 The 2017 Country Music Cruise has sold out for the fourth year in a row - and six months in advance - making the superstar voyage a complete sellout every single year since StarVista LIVE launched the franchise in 2014. The Country Music Cruise will feature concerts by more than a dozen of country music’s biggest stars with over 400 hits between them as it sails through the Caribbean from January 27 through February 3, 2017. Vince Gill will make a special appearance in Key West on January 28th and Charley Pride, The Oak Ridge Boys, Brenda Lee, Lee Greenwood, Tanya Tucker, Moe Bandy & Joe Stampley’s Good Ole Boys Reunion, Dailey & Vincent, Jimmy Fortune of the Statler Brothers, Wade Hayes, Jo-El Sonnier, Sylvia, Deborah Allen and Chuck Mead & His Grassy Knoll Boys will all perform onboard. The Country Music Cruise will be hosted by television personality Lorianne Crook aboard Holland America’s luxurious MS Oosterdam (known for its world class art and Waterford crystal sculptures) from Tampa, FL to Key West, Cozumel and Costa Maya. StarVista LIVE is currently planning the 2018 sailing of The Country Music Cruise and will announce the all-star lineup shortly.

“The Country Music Cruise sells out earlier and earlier each year,” said Mike Jason, Senior Vice President of Live Entertainment at StarVista LIVE. “There is no other vacation experience like this for real country music fans... We’ve got legends and fan favorites performing every day and night on the ship, unique events that bring fans up close and personal with the stars, theme parties that run the gamut of fun and fancy – it’s a non-stop, good time adventure.”

The 2017 Country Music Cruise will be highlighted by dozens of live performances, bring back some of the most popular onboard activities from the franchise’s previous sailings and add a wide array of new artist-based events. Select artists will make special appearances at the Gospel Hour, during songwriter workshops, guitar playing seminars, panel discussions, Q&A events, cooking exhibitions, album listening parties, autograph sessions and many others. Every person aboard The Country Music Cruise attends mainstage concerts, daily activities and gourmet meals, all included in the cabin price.