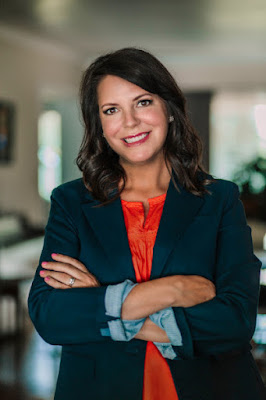 Veteran industry executive Lynn Oliver-Cline is excited to announce the launch of River House Artists, a new independent record label and publishing company that will allow her to pursue her passion for developing exciting new talent full time.

Her first recording artist is country newcomer Luke Combs. Combs’ long time friend and collaborator, Ray Fulcher, is the first songwriter to sign to the publishing division.  Combs just finished recording his debut album, which is set to be released this fall with at least 8 of the tracks being co-written with Fulcher.

“I find it most rewarding to build something from the ground up, so RHA will be a true artist development company to help new talent get to the next level,” Oliver-Cline says. "I’ve always believed in being a cheerleader and advocate for the artist, and I’m confident in my ability to discover and nurture talent."

River House Artists is partnering with Thirty Tigers for marketing and distribution. Oliver-Cline is a former Vice President of Marketing at the full-service entertainment company, and also served as the project manager for Lucinda Williams as well as Jason Isbell’s Grammy Award-winning album Something More Than Free.

“Lynn was a valued member of our team at Thirty Tigers, so it was an easy decision when she was starting her own label to ask if we could be of service in that venture,” Thirty Tigers founder David Macias said. “Fortunately for us, she said yes! She is someone that has a knack for recognizing special talent, and her first signing is no surprise. Luke Combs is a fantastic artist, and I think that we’re all going to be very successful together.”

Named one of the “Top 5 A&R Women in the World” in 2003, Oliver-Cline has charted an eclectic path in the music industry. She began as an intern for Hootie & The Blowfish and Fishco Management in 1994 – the year the band’s Cracked Rear View was released and went onto sell 20 million units. Over the next 10 years she served as a talent scout and A&R Director for producer Matt Serletic (Matchbox 20, Gloriana) in Los Angeles and New York.

In 2007 she joined Zac Brown Band's management company ROAR and worked with the Platinum-selling, GRAMMY Award-winning band as their day-to-day manager. Oliver-Cline toured with the band and supported the team in country radio, social media, merchandise, sales and publicity, as well as building a road crew that still travels with Brown today. She then became Vice President of Publishing and A&R for Brown’s Southern Ground Artists and moved to Nashville in 2013 where she lives with her husband, J and 18-month old son, Levi, on the Cumberland River.