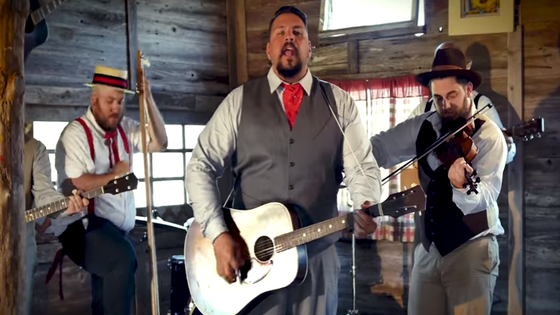 Raised in Oklahoma and Texas, Wayne Garner is heavily influenced by the people, the land and the struggle around him. He draws inspiration from artists such as George Ducas, Buddy Holly, Willie Nelson, and Waylon Jennings. Wayne began performing in southeastern Oklahoma around the places and people he called home. After highs chool, life took Wayne to college and football, but music always found a place in his heart as his first love. Opening for and playing alongside Bo Phillips, Matt Stell and the Deep Roots, Whitey Morgan and the 78's, and Jackson Taylor and the Sinners, his love of creating music and connecting with fans grew into the Wayne Garner Band. You may remember him from his previous single and video "Love Drunk Fool" which was a hit on both Texas and National charts! His music has been used on UFC 167 and walked out to other UFC events by MMA fighter Tim Elliott.  His new video "Voodoo Queen" has a cajun zydeco kick and depicts Wayne and his band in a "Depression era party with a little Voodoo spell."