MORGAN MYLES TURNS UP THE VOLUME WITH NEW VIDEO 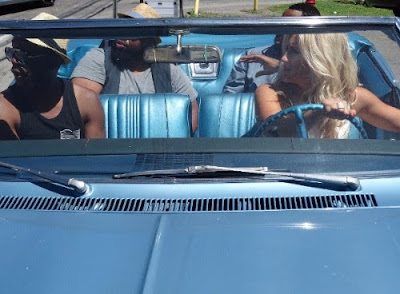 
Country-soul vocalist Morgan Myles is turning up the volume with the music video premiere for her summer anthem “We Won’t Go Home,” exclusively on Billboard.com today. The free-spirited, Country party jam is a song featured on Myles’ independently released EP Miss Morgan Myles. The video was filmed in Nashville and partially shot by a drone, watch here: http://www.billboard.com/articles/news/7460902/morgan-myles-we-wont-go-home-video-premiere-interview.

“‘We Won’t Go Home' is all about having fun! The energy of the song, the vibe and the charisma of my band is what I wanted to bring out in the video, and the directors did an incredible job. This is their first-ever Country music video production and it turned out amazing, I couldn’t be more excited to share it with my fans,” says Myles.

Directed by Music City Media House, the video captures Myles cruisin’ through Music City in a Chevy Impala with her band. She revs up the car, the crowd and the dance party as the band kicks it into gear with a soulful, groovy bass line. Keeping the music bumpin’ from sunup to sundown, Myles takes her infectious energy to the streets, singing and dancing, and sparking others to join in the fun. With the band determined to play on, no matter what, the party continues with friends, belting out the catchy tune on an East Nashville rooftop.