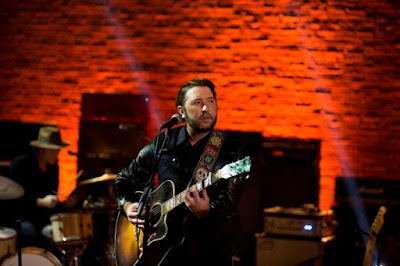 Tune in to the AUDIENCE Network concert special "Ryan Beaver" airing tonight, Friday, September 23 at 9:30 p.m. ET/PT (DIRECTV Ch 239/U-verse Ch 1114). For the episode, singer-songwriter and Texas native Ryan Beaver sits down for an in-depth interview with Ted Stryker followed by a soulful, concert performance of songs from his critically acclaimed album RX, out now.

For a preview of the AUDIENCE Network concert special "Ryan Beaver," watch an exclusive "First Look" today, September 23 on Taste Of Country as he performs the song "Kristofferson" (HERE).

AUDIENCE Network's multiple series of original and exclusive performances give music fans an intimate view of music's most influential artists today. The network collaborates directly with musicians to create a unique show from their perspective.

Ryan Beaver's forthright, personally-charged songwriting reflects the lessons learned over a lifelong creative journey. Growing up in the small Texas town of Emory, he began writing songs early in life, and began performing his compositions in local venues when he was just 17. He moved to Austin and became a part of that city's fertile music scene, and then relocated to Nashville, where he has immersed himself in Music City's songwriting community and continued to hone his skills. Beaver's latest album,RX, which the artist co-produced with longtime compadres Jeremy Spillman and Ryan Tyndell, makes it abundantly clear why Ryan Beaver has already been widely acclaimed as an artist to watch. Rolling Stone recently named him one of "10 New Country Artists You Need to Know," and he's received acclaim from the likes of Miranda Lambert, Ashley Monroe, Maren Morris, Kacey Musgraves and Lee Ann Womack, with whom he's toured as an opening act.

Catch Ryan Beaver on tour in the following cities:

Posted by LovinLyrics at 1:26 PM