"Christmas of Many Colors - Circle of Love" Premieres on NBC Nov. 30 and on DVD Dec. 20 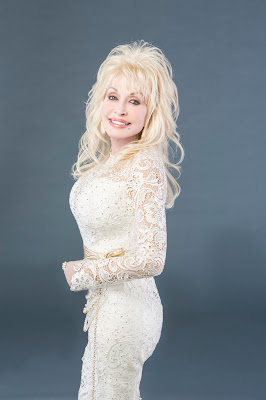 On Monday, Oct. 3, Dolly Parton will be the lead guest and perform as part of the Outdoor Concert Series on ABC’s “Jimmy Kimmel Live,” her first-ever appearance on the late night program. In addition, earlier Monday morning, Dolly will appear as the featured guest on “The Talk,” where she will chat with hosts Sharon Osbourne, ‎Sheryl Underwood, Aisha Tyler and Julie Chen about her new movie, Dolly Parton's Christmas of Many Colors - Circle of Love, the success of her most recent album “Pure & Simple” (which remains in the Billboard Country Albums Top 10 chart) and much more.

Fans can link to purchase Pure & Simple and the various versions available by exclusive partners below:

Walmart's special version of Pure & Simple includes a bonus disc, featuring Dolly's greatest hits and exclusive tracks. The Cracker Barrel deluxe version contains her Pure & Simple album complemented by two tracks, the smash hits "Jolene" and "9 To 5" recorded live at Glastonbury Festival, along with a 48-page ZinePak magazine filled with photos and interviews highlighting memorable stories from Parton
Posted by LovinLyrics at 10:49 AM