GEORGE STRAIT RELEASES STRAIT OUT OF THE BOX: PART 2 EXCLUSIVELY WITH WALMART NOV. 18 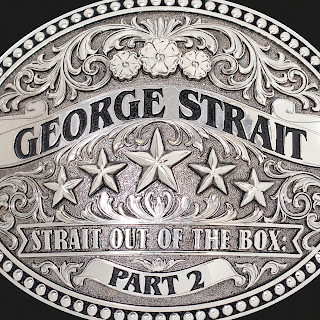 
NASHVILLE, Tenn. – George Strait will release Strait Out of the Box: Part 2 exclusively with Walmart on Nov. 18. This impressive three-disc, 56-track collection features 36 hit singles including 26 No. 1s plus two brand new songs, his latest radio single “Goin’ Goin’ Gone” and 18 choice album cuts, all personally selected by the King of Country Music.

Strait Out of the Box: Part 2 spans 20 years of Strait’s career from 1996 to 2016, following the highly successful, 8x Platinum-selling 1995 release, Strait Out of the Box. Strait is one of the most celebrated country music stars in history and Billboard recently named him No. 1 on the Greatest of All Time: Country Artists list. With 60 No. 1 singles and more than 70 million records sold, Strait has more No. 1 songs than any other artist and is third only to Elvis Presley and The Beatles with the most Gold and Platinum albums in history. He is the most-nominated artist in CMA Awards history and was the first country music artist honored with Billboard’s Legend Of Live Award.

Strait Out of the Box: Part 2 is now available for pre-order only at Walmart.com.
Posted by LovinLyrics at 3:33 PM