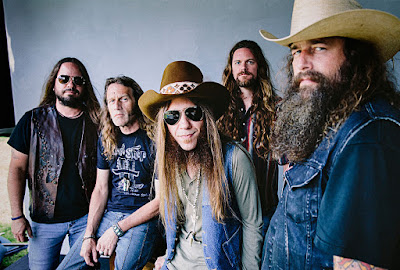 Blackberry Smoke has established themselves as a fan favorite in both the country and southern rock genres. The band has over 250k likes on Facebook and has amassed a cult-like following from their relentless touring schedule which includes multiple sell out shows. They have appeared on the hit CBS series "NCIS: New Orleans" and have been covered in Rolling Stone Country, Wall Street Journal, Relix, Entertainment Weekly, Jambase, and many more.

"Sunrise in Texas" is the new single from their latest album Like An Arrow which as already become the #1 selling Country Album, #1 selling American album, the #3 Rock album, the #2 Indie album, and is currently #12 overall in the Billboard Top 200. This new video is sure to be a hit with viewers and appeals to a very wide audience. Check out the video below and be sure to talk about these guys!