Major Label Debut Will Feature The Hit “Make You Mine” 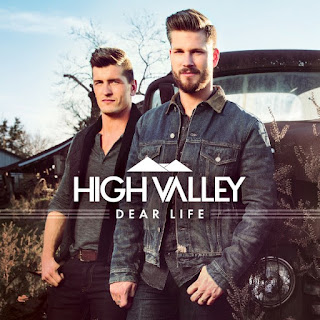 Breakout duo High Valley revealed the November 18 release date and album cover for DEAR LIFE today via their app. The release will mark brothers Brad and Curtis Rempel’s major label album debut. The highly anticipated project will feature the Top 30 and climbing at radio hit, “Make You Mine.” Written by High Valley’s Brad Rempel, along with Ben Stennis and producer Seth Mosley, the high-energy track has already garnered more than 3.6 million streams and over 1.7 million views of its official music video.

High Valley and “Make You Mine” are catching the attention of the critics too, already having been named “Artist To Watch” by Taste of Country, CMT, Spotify and “Country Song of the Summer” by Billboard.

The duo headlined their successful “Make You Mine Tour” over the summer and will join Martina McBride on her “Love Unleashed Tour” this fall, kicking off October 14 in Poplar Bluff, MO. Full list of dates below:

December 2, 2016 Saginaw, MI The Theater at the Dow Event Center

Posted by LovinLyrics at 1:31 PM