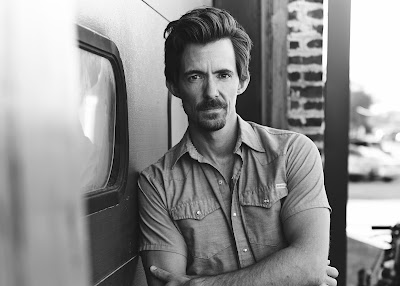 “In his rear view mirror, Williams’ eyes are fixed on an arrow-straight two-lane that tracks back to Texas singer-songwriters like Steve Earle, Jerry Jeff and Guy Clark. This is country music for today with all the good elements from the past kept firmly intact.” -MAVERICK MAGAZINE

Texas country-chart topper Zane Williams is set to release his sixth studio album, ‘Bringin’ Country Back’ on October 21 via his newly created independent label Texas Like That Records. Drawing from a dynamic mix of influences from the 70s, 80s and 90s (George Strait, Alan Jackson, Willie Nelson, Garth Brooks), this album pays homage to traditional country music and its loyal fan base. The result is a turning point in Zane’s catalog – extraordinary songwriting seamlessly integrates through the twang of the fiddle and the whine of steel guitar showcasing growth, confidence and earnest work from an artist just hitting his stride.

Combining his gritty passion and artistic drive, ‘Bringin’ Country Back’ marks the first time Zane has taken the reins as producer. Recorded in Denton, TX, the album features eleven superbly crafted, self-penned tracks. “Musically, I was able to achieve my vision better than I have in the past,” explains Williams. “This is authentic, independent, country music for adults. It’s poetry for the working man.”


Having made his mission statement clear with the buoyant title track and album opener, Zane wastes no time in getting down to business. His Texas roots are on full display in the rollicking “Honkytonk Situation”, in which he offers the listener some road-tested dancehall advice. “Slow Roller” exudes the easy-going charm of a young Strait, and “Hello World” could easily have been sung by Don Williams thirty years ago. The clever “Church of Country Music” is chock full of the double-entendres for which country music used to be famous. Meanwhile “That’s Just Me” lays out a straight-talking, bridge-building response to the current election year climate.

“I Don’t Have the Heart”, perhaps the most modern-sounding tune, is likely to fill the dance floors in Texas and beyond, while “You Beat All I’ve Ever Seen” evokes a bygone era when grown men sang unabashedly sensual songs to experienced lovers. Zane’s alternately soaring and intimate vocals drive home the elegantly heartbroken “Goodbye Love”. The album ends with “Willie’s Road”, a raucous ode to Willie Nelson, whose life story shares some striking parallels with Zane’s own.

Looking ahead, Zane will tour extensively throughout Texas and beyond this fall including coveted headlining gigs at Ft. Worth’s legendary Billy Bob’s on October 20 and Gruene Hall in New Braunfels on October 21.

“I Don’t Have The Heart”

“You Beat All I’ve Ever Seen”

“Keep On Keepin’ On”