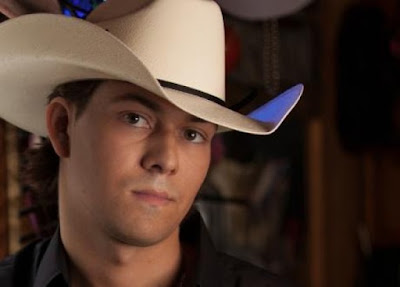 Everywhere you look on social media these days, country music fans are posting the same thing - "What happened to country music?", "I want to hear something traditional" or "radio doesn't care about REAL country" ... today those questions were answered.

Traditional artist, Warner Bros. own William Michael Morgan took the #1 Mediabase position with his twang of a hit, "I Met a Girl" (ironically written by one of the least "real country" artists but amazing songwriters out there, Sam Hunt.) By passing by artists with current rising hits like Luke Bryan, Jason Aldean, Dierks Bentley, and Florida Georgia Line, William Michael Morgan proves that country music isn't dead, it was merely waiting for the right time and that time was today. It shows that there's room for more than one style of country and that tradition is still very much alive, even in radio. It doesn't get much more "real country" than William Michael Morgan.

Thank you to Warner Bros/WMN and the fans for believing in this song and making radio believe in it enough to give it the maximum spins needed to break though the 58 weeks of air play and the 49 weeks of sitting at various spots on the Mediabase charts. This makes "I Met a Girl" the longest chart run to #1 in history so three good things came out of this - a deep breath of country life on the charts, the first #1 hit for William Michael Morgan and the single set a new music history record!

Stetsons off to the Warner Bros/WMN team who stood behind this single and pushed it until it finally happened: