George Strait Back Home in Texas For a Very Special Performance Wednesday, Nov. 16

Strait Out of the Box: Part 2 Available this Friday, Nov. 18 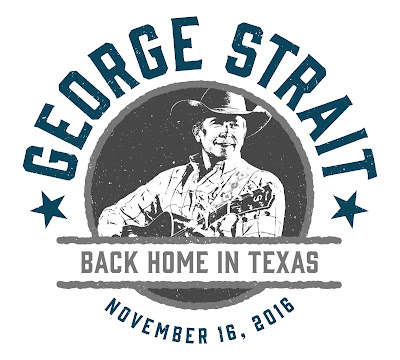 The King of Country Music returns to Texas for an exclusive Strait Out of the Box: Part 2 album release show this Wednesday, Nov. 16. The impressive three-disc, 56-track collection is available this Friday, Nov. 18 exclusively at Walmart and Walmart.com. Featuring 36 of Strait’s hit singles including 26 No. 1s, Strait Out of the Box: Part 2 also offers fans two new songs with “Kicked Outta Country” and “You Gotta Go Through Hell.” Strait is a co-writer on both tracks.

In celebration of the box set, Strait and his Ace in the Hole Band will take it back to the dusty floors and intimate setting of a historic Texas dancehall for a memorable night of music. While tickets are not available for purchase, fans can live-stream the event Wednesday at 7 p.m. CT on Strait.WranglerNetwork.com.

Strait Out of the Box: Part 2 spans 20 years of Strait’s career from 1996 to 2016 and follows the highly successful, 8x Platinum-selling 1995 release, Strait Out of the Box. The two new songs offered in the set, “Kicked Outta Country” (George Strait/Jamey Johnson) and “You Gotta Go Through Hell” (George Strait/Bubba Strait/Dean Dillon) are the first new recordings released from Strait since last year’s surprise Cold Beer Conversation album.

Strait fans have the opportunity to pre-order Strait Out of the Box: Part 2 along with select merchandise, including a silver-plated belt buckle identical to the one featured on the collection’s cover. The limited-edition buckle arrives in an autographed craft wooden box suitable for display. All fan packages and pre-order information available HERE.

Strait is one of the most celebrated country music stars in history and Billboard recently named him No. 1 on the Greatest of All Time: Country Artists list. With 60 No. 1 singles and more than 70 million records sold, Strait has more No. 1 songs than any other artist, and is third only to Elvis Presley and The Beatles with the most Gold and Platinum albums in history. He is the most nominated artist in CMA Awards history and was the first country music artist honored with Billboard’s Legend of Live Award.
Posted by LovinLyrics at 3:57 PM