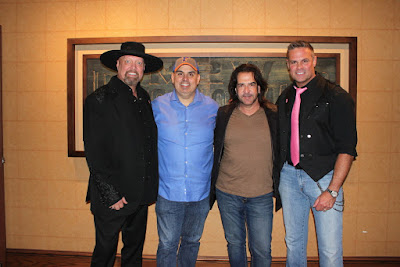 Multi-platinum country duo, Montgomery Gentry, will return to Average Joes Entertainment, it was announced today by Average Joes’ CEO/President, Shannon Houchins. The award-winning duo will deliver new music to their hungry fan base next year.

First signed to Average Joes Entertainment in 2011, the duo’s “Rebels on the Run” album for the label yielded Montgomery Gentry’s second career gold-certified single, “Where I Come From.” It was followed by their successful EP, “Friends and Family."

“We look forward to regrouping with Eddie and Troy and making some great new music together,” said Houchins. “Everyone on our team is really excited about working with the guys again.”

Eddie Montgomery and Troy Gentry add, "We are beyond thrilled and feel like we are going back home to be back with Average Joes. Those folks are some of the hardest working people in the business and we can’t wait to get new music out to the fans next year!”

The duo will begin recording new music in the coming weeks.
Posted by LovinLyrics at 3:28 PM