SOCIAL MEDIA: 11 WAYS TO BUILD YOUR FAN BASE 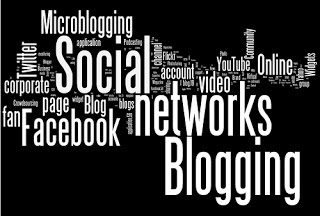 As an artist, in the world of today's technology, social media is everywhere and is the top way to reach your fan base and make it stronger, more personal and most importantly, to make it grow and work for you.

1.) The 80/20 Rule: The most important thing is maintain a human interaction with your followers, don't just post your appearance dates, your upcoming cd release, and business things. Make it a little more personal, actually talk to them like you would your friends, ask their opinions on your projects, see what they like and don't like. No, you don't have to give them personal information or become friends offline, but keeping it fun online keeps your followers coming back and telling others. If you're going to take the time to have a social media account such as Twitter, take time to interact on it personally, don't push it off on an assistant, especially one who sounds like an obvious assistant. You're not THAT busy that you can't type 140 characters at least once a day. I won't follow artists that do that and neither will thousands of other people. Remember keep it 80% personal interaction and only 20% self promotion. Self-indulgent promotion is one of the biggest social media turn offs. Social media is not one-sided, don't fill your time lines and streams with "Look What I Did", "Look at Me", "Buy my CD" and constant barrage of self-absorbed comments.

2.) Be Patient: Social media is an opportunity but doesn't guarantee, much like everything else in life. Your fan base won't grow overnight, but if you interact on a regular basis and make it fun, you'll be surprised how fast word will spread and you'll see your numbers increase day by day, which means more people checking out your music and telling their friends about it. Don't get discouraged, it doesn't matter if you have 30 or 30,000 followers, they're all important.

3.) Show Your Human Side: Laugh, tell jokes, inspire, tell personal stories or daily happenings ... make your followers pay attention, make them want to talk back and above all, make them keep following you. Act as if you were talking to someone in the same room with you, show your true self, your true personality. A prime example of this is Blake Shelton on Twitter (@blakeshelton). Blake is one of the most genuine, "I am who I am" people I've ever followed on Twitter and it's so refreshing to see someone who says what they think, doesn't have to be politically correct and hide behind his stardom, he's just himself and that's why he's one of the most followed and talked about people in social media.

4.) Offer Value: Offer your opinions when it counts and answer questions with worthwhile responses. Give your fan base content they'll be interested in that will keep them coming back.

5.) Be Active: Don't start an account, get people following and only get on once every six months. That's gonna get you nowhere. Even if you log on only to say hello once a day and touch base, that means more to your fans than constantly checking to see if you've taken the time to post and your last post was a year ago. Keep it active or delete your account.

6.) Acknowledge and Promote Others: Social media is all about networking. If you hear a great new song on the radio, tell people about it. If you saw a cool new band, start talking about them. Get the word out and let others know, trust me, the good you do for others will come back to you in no time. Others would do and actually do this for you more than you know.

7.) Don't be Negative: Keep a positive flow in your time lines, don't complain left and right, moan about how sad your life is, bitch about your ex, or talk badly about someone else. That will cause your people to do an about face and run for the hills, leaving your fan numbers headed in a downward spiral. Yes, social media is about expressing yourself, but if you're an artist, leave that for offline. And for God's sake, with the climate the way it is, avoid any and all political rants and raves. You're trying to build a business, not start a riot.

8.) Have Contests and Promotional Giveaways: People like free stuff, period. I don't care what it is, people are gonna jump when you say "win this". If you have a new cd coming out, hold a few copies aside, sign them and give them away online. It's not gonna be a huge financial loss, trust me. Yes, it costs to make them so I know you don't just want to give them away, but suck it up and do it. Same with your band t-shirts, posters, chachkies. Tell the winner you'll post their pic with the prize if they win. Hold a contest to have someone design your next cd cover and the prize is a signed cd and their name in the liner notes for the design. Involve your fans, make them want to come back to your site.

9.) Webisodes: These are short video clips, no more than 5 minutes (shorter if possible) of your everyday life on the road, at home, on stage or interacting with your fans after a show. Fans go crazy for these, just ask Lady Antebellum and Randy Montana. Make them fun. Lady A's spoofs of other artists songs like Blake Shelton's "All About Tonight" is hysterical. They made a song that sounded just like it and called it "These Jeans Are Mighty Tight". Over 53,000 hits on Youtube, so trust me, they drew in more fans on their social media accounts from this.

10.) Say Thank You: If someone promotes your music, compliments you, helps you, just say thank you from time to time. You don't have to say a personal thank you to each and every fan, just a blanket statement will do letting them know you acknowledge their love of your music and that you appreciate them spending their hard earned money to buy your cd, your MP3's, your overpriced concert tickets, your tshirts, and anything else they do to keep your paycheck rolling in. Some people have a hard time financially, but always manage to find the money for these things because that's how important music is to them. Just say thank you.

11.) Don't Follow and Immediately Un-Follow: This chaps my ass more than anything. Don't follow me and as soon as I follow back, send me a private message with the link to your new song or video and then immediately un-follow. That's not promoting yourself, that's spamming and is the quickest way to lose potential fans. If you follow someone, follow them until they give you a valid reason to un-follow.

Let social media work for you. It will if you take the time and care about the message you're sending out.