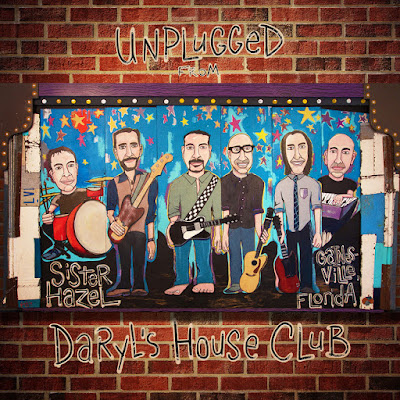 In their second showing on the country music charts this year, platinum-selling band, Sister Hazel, makes another strong debut with the stunning 14-track live performance DVD, "Unplugged From Daryl’s House Club," which features their classic hits and new offerings for a one-of-a-kind intimate live experience.  The album debuted  at #75 on Billboard’s Top Country Albums chart.

Commenting on this year's success of two Billboard charting albums, Ken Block, Sister Hazel’s lead singer said, "It’s crazy exciting to us that we've had TWO new CD’s on the Billboard charts is less than a year! Huge thanks to all the Hazelnuts - And especially to all the new fans out there who are just now discovering Sister Hazel's music, live shows, and our signature events. We’re having a Blast!"

For more information on Sister Hazel, visit their website at www.sisterhazel.com.