ERIC CHURCH DRAWS CAPACITY CROWDS, SELLS OUT EVERY STOP ON HOLDIN’ MY OWN TOUR 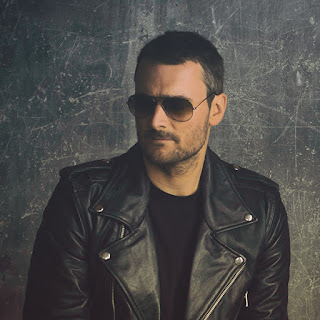 Eric Church, who announced on his 2017 Holdin’ My Own Tour he would forego openers and give every ounce of himself amidst two sets and over three hours of music, is merely three weekends in, yet has entertained more than 125,000 fans on just nine stops thus far. From the Midwest where the Star Tribune, likened the “marathon concert” to Bruce Springsteen’s to the Northeast, where Rolling Stone said Church played an “expertly crafted show, largely due to the versatility of Church’s band,” the “Nashville Maverick” (Star Tribune) has drawn fans from around the country to rock with him on his 38-song journey.

This weekend, the Chief hit Philadelphia, New York and Boston, starting at the Wells Fargo Center, where CBS Philly said he showed an “example of the shredding power of Eric Church and his band – grinding guitar power with a twang and the soaring spectacle of arena rock.” Consistent with his undaunted disposition, Church took 13,300 fans through old and new songs, playing most of the hits in his arsenal.

With more than 15,800 fans packing New York’s Barclays Center on Friday, the man Rolling Stone says has, “no nonsense standards,” delivered raw moments at times, letting “the music do the talking, and it sure did scream at the top of its lungs” (AXS). The show surpassed the crowd attendance of his 2014 famed headlining return to Madison Square Garden and gave fans “moments that left the crowd breathless, as each song melted into the next” (AXS). Two sets and 35 songs wasn’t quite enough for Church or his legion of fans however as after playing “Springsteen,” Church sauntered back to the stage with just his Hummingbird guitar and a devilish grin on his face and asked, “Are you tired?” provoking the crowd before returning, “Because I’m not.” And with a singular spotlight, he began playing the tour-title track, “Holdin’ My Own,” followed by an encore of “Sinners Like Me,” and finally “Those I’ve Loved,” reminding the truest of fans who had stayed till the end of the three-plus-hour set that he was “just a country boy with a guitar / Lookin’ back down this old road I’ve been travelin’ on.”

Ending the weekend on a high note, Church brought his packed show to Boston’s TD Garden on Saturday playing to nearly 17,000 fans to cap off his third sold-out weekend on the road in 2017.

The Holdin’ My Own Tour will cross North America throughout the year. Find tour dates and purchase tickets here.

For further details on the ticketing system plus information on VIP packages, These Boots by Lucchese and Church's custom-designed Gibson Hummingbird Dark on tour, stay tuned to www.ericchurch.com.
Posted by LovinLyrics at 8:05 PM