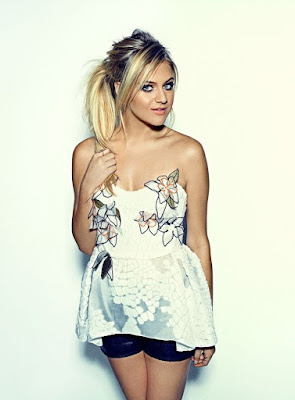 “Kelsea Ballerini is a one-of-a-kind talent whose gorgeous voice and incredible songs have already garnered her a host of awards and recognitions,” Inman and Shields said, “including her recent GRAMMY® and People’s Choice Awards nominations and a No. 2 ranking on the Forbes ‘30 Under 30’ list for 2017. Pairing her with renowned designer Zac Posen for the Symphony Fashion Show brings together two young stars at the top of their respective professions and adds even more excitement and energy to what is already one of Music City’s most glamorous and stunning annual events. It promises to be a magical evening, and we can’t wait to hear Kelsea perform for a sellout crowd in April!”

Though only 23 years old, Ballerini has already skyrocketed into the spotlight thanks to her innovative vision, passionate ambition, natural-born talent and genuine charm. Dubbed “Country’s Next Queen” by Billboard, the Knoxville, Tennessee, native continues to blaze her own trail to superstardom as she is the only female artist in country music history, including female duos and groups, to go No. 1 with her first three consecutive singles from a debut album. Ballerini is currently climbing the country radio charts with the single “Yeah Boy.”

Ballerini’s 2015 critically acclaimed Gold-certified stunner The First Time has earned her high praise from fans and the music press, and has delivered the Platinum-certified hits “Love Me Like You Mean It” and “Peter Pan,” and the Gold-certified “Dibs.” With a co-host spot alongside Arsenio Hall on ABC’s summer replacement series Greatest Hits and critics gushing over her live shows, Ballerini continues to earn awards and accolades, including her first ACM Award for New Female Vocalist of the Year, the fan-voted Radio Disney Music Award for The Freshest – Best New Artist (all genre) and the American Country Countdown Award (ACCA) for Breakthrough Female of the Year. In addition, Ballerini has become familiar face on the iconic Grand Ole Opry stage.

Tickets for the 2017 Symphony Fashion Show will go on sale in March. More information is available at NashvilleSymphony.org/fashionshow.
Posted by LovinLyrics at 12:02 PM