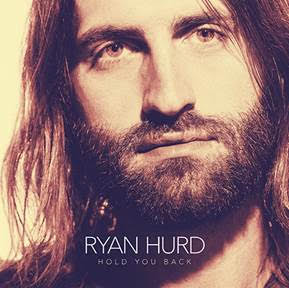 Singer/songwriter Ryan Hurd releases his FOURTH music video for the sincere “Hold You Back,” available everywhere today. The Ryan Hurd/Will Weatherly/Nicole Galyon co-written and Jeff Ray directed video was given its world premiere yesterday by CMT.

With the “Hold You Back” music video release, Hurd, who is touted as an artist to watch by The Huffington Post, VEVO, Rolling Stone Country and CMT, boasts FOUR music videos in FOUR months to his credit.

Hurd, who is no stranger to doing things his own way, has steadily released a new song to his ever-growing fan base every month via online streaming services, beginning this past September. About Hurd’s approach of releasing his new music Billboard says “…Hurd has been impressively attracting a variety of listeners, solidifying himself as an emerging artist-to-watch with each single he releases.”

Four months ago Hurd released his first song “We Do Us,” followed by a music video for the same song two weeks later. That began a self-release schedule that ran like clockwork. The next to come was “Love In A Bar,” in October, “City Girl” in November and now “Hold You Back” which hit the inter-webs in December. Right on schedule the music video is now available. Each song of the four collection has racked up between 3 to 7 million streams a piece.