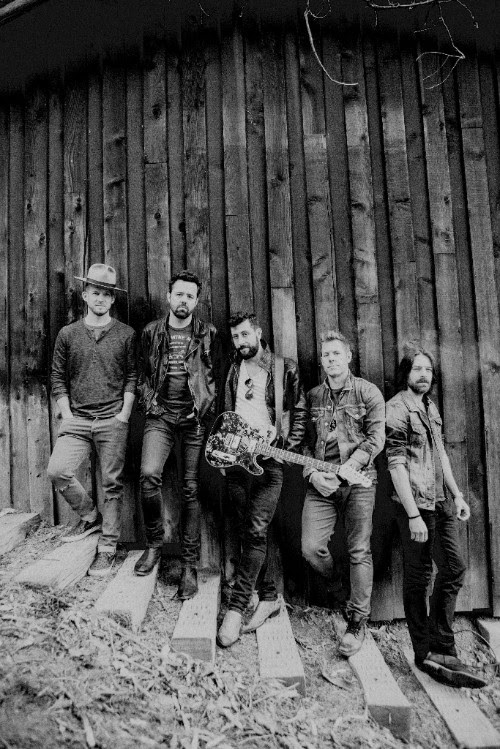 Reigning ACM New Group of the Year, Old Dominion, will perform their latest No. 1 “Song For Another Time” off their debut album for RCA Nashville, Meat And Candy, on The Ellen DeGeneres Show Friday, January 20.

"Song For Another Time,” “an anthemic number that name-checks generations of popular odes to getting caught up in the moment” is, as NPR’s Jewly Hight puts it, “a songbook populated by Neil Diamond and Tom Petty, Van Morrison and John Mellencamp, George Strait and Katy Perry,” Hight adds, “that's the lineage Old Dominion wants to claim.” The single follows multi-week No. 1 Platinum-selling debut single “Break Up With Him” and RIAA certified-Gold Top 5 “Snapback.”

"'Song For Another Time' had been such a big song for us and has opened so many doors for us," said Old Dominion lead singer, Matthew Ramsey. "We are so excited to perform it on Ellen;  2017 is off to an amazing start."

Later this month, Old Dominion will join Miranda Lambert on her Highway Vagabond tour. Until then, the band is rehearsing before they hit the road and can be found in studio with GRAMMY Award-winning producer, Shane McAnally, (producer of Meat and Candy) working on its forthcoming follow-up album due later this year.

For more information and tour dates, visit OldDominionBand.com.
Posted by LovinLyrics at 8:21 AM