Additional Dates to be Announced 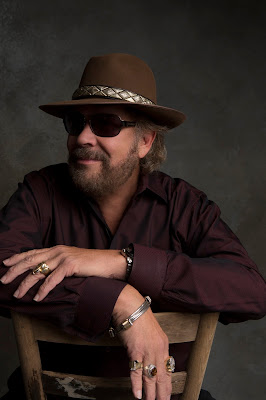 Hank Williams Jr. wants all his rowdy friends to join him in 2017 as the country music icon reveals his first round of U.S. tour dates. Kickin’ the party off at Peppermill Concert Hall in Nevada on February 3, the tour consists of medium and large scale venues including an appearance at the Washington State Fair.

Hank Jr. continues to promote his most recent album It’s About Time, which achieved the highest studio album debut of his career. The album skyrocketed to No. 2 on Billboard’s Top Country Albums and broke the Top 10 on Billboard’s Top 200, landing at No. 8.

Hank Jr.'s extremely impressive resume has spawned 70 million albums sold worldwide, six PLATINUM albums, 20 GOLD albums, 13 No. 1 albums and 10 No. 1 singles. Hank Jr. has been named ACM Entertainer of the Year, CMA Entertainer of the Year and BMI Icon in addition to winning a GRAMMY and being inducted into the Nashville Songwriters Hall of Fame.

In October 1982, Williams had nine albums on the Billboard music charts at the same time, a feat unequaled by any other living artist. In 1987, Hank won the first of five straight Entertainer of the Year awards voted to him by his peers, and won his first ever Grammy.

As a touring artist, Hank Jr. was a pioneer in bringing arena rock production values to country music, and he remains one of the most consistent ticket sellers in music, period, as generation after generation gets turned on to one of the most dynamic live performers ever to take the stage.