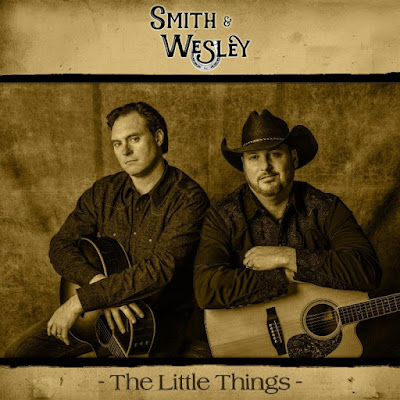 Georgia has long been a hot bed of country music, and the Peach State has invited two of its own - Scott and Todd Smith of the dynamic country duo Smith & Wesley to entertain at the Georgia State Society Inaugural Gala at the National Museum of Women in the Arts in Washington, DC on Thursday, January 19, 2017.

"We're excited to announce that we're playing for our home state at the sold out Georgia State Society Inaugural Gala in Washington, DC," said brothers Scott and Todd. "We're looking forward to bringing our North Georgia roots to the festivities."

Smith & Wesley just released "The Little Things," the first single from their forthcoming second album For Better or For Worse. Written by the Smith brothers along with Evan Kennedy, the song tells how true affection comes not from any material items, but from "the little things" happening between a man and a woman that, individually might not seem like much, but collectively form the bonds of honest, everlasting love.

Deeply rooted in their North Georgia heritage, the Smith & Wesley sound speaks to people of all walks of life. Over the last year, top 30 singles "Sweet Life" and "You're The One," from their 2015 debut album, Choices & Chances, propelled the powerhouse duo become both fan and radio station favorites.

Connect with Smith & Wesley at www.SmithAndWesley.com