TRAVIS TRITT'S "A MAN AND HIS GUITAR" PREMIERES THURSDAY, JANUARY 19, AT 8PM ON NPT 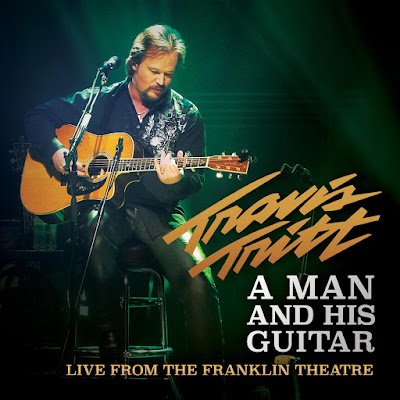 Travis Tritt’s A Man and His Guitar, a performance recorded at the historic Franklin Theatre in Franklin, Tenn., premieres Thursday, Jan. 19, at 8 p.m. on Nashville Public Television. NPT is the presenting station for the program and the Jan. 19 broadcast will be a live taping in the NPT studio featuring Tritt, television host Nan Kelley and Brian Mansfield, for a version that will premiere on PBS stations nationwide in March 2017.

A Man and His Guitar spotlights multi-award-winning artist and country music hitmaker Travis Tritt’s distinctively soulful voice and his exceptional guitar prowess. The concert features Tritt at his best, performing a fresh take on some of his biggest hits, including “Help Me Hold On,” “Anymore,” and “Best of Intentions,” in a stripped down, pure form. Previously unreleased renditions of “Come And Go Blues” and “Pickin’ At It” are also included in the program.

Tritt’s discovery that an audience loved to hear him perform songs accompanied only by his guitar served as the inspiration behind the project. In this performance, Tritt acknowledges and pays tribute to artists he grew up admiring and those who were influential to him with personal stories and anecdotes from his long career. Select acoustic numbers and humorous moments between Tritt and his guests Marty Stuart and James Otto are also highlighted.

More than 27 years after Travis Tritt launched his music career, the Southern rock-influenced artist continues to sell-out shows and stay true and relevant to country music fans across the globe. His 1990 debut album Country Club and its succession of hits put him in the vanguard of the genre’s early ʼ90s boom, making him one of “The Class of ʼ89,” along with country music superstars Garth Brooks, Clint Black and Alan Jackson, all of whom dominated the charts in the early 1990s.

“Country Club,” “Help Me Hold On,” “I’m Gonna Be Somebody” and “Drift Off to Dream” peaked at numbers two and three on the Hot Country Singles & Tracks charts, which led Tritt to win the Top New Male Artist award from Billboard and the CMA Horizon Award (now known as the New Artist Award). In 1991, the Recording Industry Association of America (RIAA) certified Country Club as platinum. Two years after his debut, Tritt’s sophomore album, It’s All About to Change, was released. The album shipped three million copies and all four of its singles reached the top five on the country music charts. Along with his first album, this release became triple-platinum certified by the RIAA.

The next series of albums, seven of which are certified platinum or higher, scored Tritt more hit singles and led him to amass more than 25 million in career album sales, two Grammys, three CMA Awards and a devoted fan base. In 2012, he formed his own label, Post Oak Recordings, and shortly after released The Calm After.... In 2015, Tritt topped the SoundScan Top 200 Catalog Country Albums chart for over 60 consecutive weeks, with 15 weeks spent at No. 1 and 35+ weeks notched in a Top 5 position.
Posted by LovinLyrics at 10:34 AM