WILLIAM MICHAEL MORGAN IS MAKING HIS MARK ON 2017 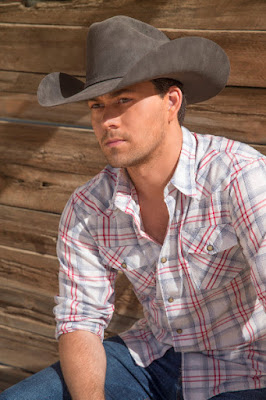 William Michael Morgan is making his mark on 2017! After his national TV debut on NBC’s TODAY January 4, performing his poignant No. 1 hit “I Met A Girl,” it was just announced that the critically acclaimed rising country star will be included in the Country Music Hall of Fame® and Museum’s new exhibit, American Currents (The Music of 2016), set to open on March 17. Fans can get a behind the scenes look at the upcoming exhibit by joining Morgan and Rare Country LIVE via Facebook on Wednesday, January 25 at 2:00PM CT.

Morgan’s debut effort, VINYL, landed him on many year-end best albums lists, including Rolling Stone, iTunes, Saving Country Music, and top song of the year nods for “I Met A Girl” from Billboard and NPR. The New York Times declares “…in the emergent field of gentleman country — an antidote to the bros of the last few years — William Michael Morgan stands tall.” The praise continues, referring to “Vinyl” as a “sturdy, reflective debut album…. a throwback to the temperate wisdom of midcareer George Strait.”

Named an “Artist To Watch” by Pandora, Rolling Stone, Taste of Country, The Huffington Post and more, 2017 shows no sign of slowing down as Music Row’s “Next Big Thing” prepares for his upcoming CRS “New Face of Country Music” performance in February. Morgan’s follow up single “Missing” written by Rhett Akins, Marv Green is impacting country radio now. The video for the track, which Saving Country Music describes as one that “taps right into that genuine country music goodness … gives you a sense that everything’s right in the country world,” recently premiered via Rolling Stone Country.

The 23-year-old Vicksburg, MS native is currently on the road with country music stars Lee Brice and Justin Moore on the “American Made” Tour with dates running through March. His breakout mega-hit “I Met A Girl,” which topped Country Radio charts and SiriusXM’s “The Highway” Top 45 Countdown chart, has garnered over half a billion audience impressions, including over 20 million on-demand streams. His critically acclaimed album VINYL debuted in the Top 5 on Billboard’s Country Albums Chart.