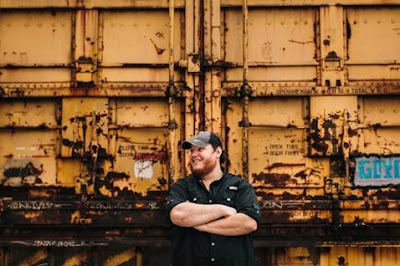 The 26 year-old Asheville, NC native’s debut single “Hurricane” leads his forthcoming debut album, This One’s For You, heralded by Rolling Stone as one of “the most anticipated albums in 2017.” The anthem that showcases Combs’ signature “modern-throwback sound and grizzled vocals” (Rolling Stone) crossed into Top 40 on both Billboard and Mediabase airplay charts,  reaching an impressive 29 million streams and claiming more than 146,000 digital downloads.

Since entering 2017, Combs has claimed top spots on numerous “Ones To Watch” lists. iHeart Radio’s Bobby Bones, recently coined “the most powerful man in country music” by Forbes, selected Combs as the first member of his Class of 2017 -- dubbing him as a highly anticipated artist to breakthrough this year. Combs also received the coveted “Artist To Watch” nod from Billboard in the publication’s yearly preview issue joining an exclusive list of four new rising stars and proudly representing country as the sole Nashville artist. In addition, Amazon Music, CMT, Huffington Post, Nashville Lifestyles, Pandora & Rolling Stone awarded Luke their “One To Watch” title for the year.

“In a genre stocked with suave young men who look a lot like pop stars, Combs is quickly carving out a niche for himself as a millennial everyman.” – Billboard

“Building a rapport with the audience is a hallmark of Combs’ live performances—but his real gift is literary, shoehorning, and precise turns of phrase in typical songs about beer and “old trucks.”” – Nashville Lifestyles

“An intuitive everyman from Asheville, NC, with a knack for deceptively smart lyrics and a slightly grizzled style of modern country.” – Rolling Stone Country

A true road warrior, Combs performed his 120th show in twelve months to a sold-out, loud & rowdy crowd for his first New York City play at the historic Mercury Lounge on Tuesday evening, Jan. 17. He will wrap this weekend with a sold-out run to Oxford, OH, Washington DC, Knoxville, Tenn. and Birmingham, Ala. Combs joins Brantley Gilbert this spring for the cross-country Devil Don’t Sleep Tour.

For more on Luke Combs visit, LukeCombs.com.
Posted by LovinLyrics at 1:56 PM