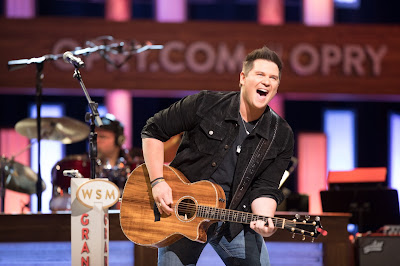 “Writing ‘Just A Phase’with Lindsay Rimes and Jim Beavers was incredible. The song fell into place because we all had similar experiences we were drawing from. Every time I played this song on radio tour and during my shows, we realized people immediately reacted and raised their hand for this one, which is extremely humbling and exciting as an artist,” Adam shared.

The widely-lauded singer/songwriter celebrated an additional career landmark this past weekend making his Grand Ole Opry debut on Saturday, (2/4). Known for his “blowtorch of a voice” (Rolling Stone Country), Adam mesmerized the sold-out audience delivering a tantalizing, stripped-down version of his new single, which Sounds Like Nashville named a “Top 10 Song You Should Be Listening To This Month” while Nashville Gab declared, “If there’s any justice in this world, ‘Just A Phase’ will become a huge hit.”

Already an incredible year for Stoney Creek Records' fast-rising star, Adam will continue his Country music ascent as he prepares to captivate audiences coast-to-coast for select tour dates on superstar Luke Bryan’sKill The Lights and Huntin’, Fishin’ And Lovin’ Every Day Tours. Armed with vocals groomed for arenas, Adam kicks off his round of supporting performances on February 16 in Huntington, WV.

For a full list of tour dates, please visit: http://www.adamcraigofficial.com/tour/