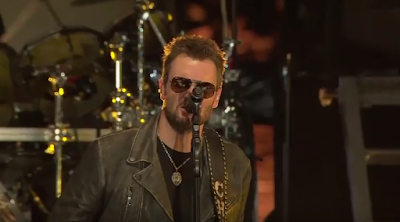 Nashville’s “wild card” (Billboard) is taking his “expertly crafted show” (Rolling Stone) to a whole new level by offering fans a full-length concert experience via vantage.tv’s virtual reality experience. The concert, that features Church’s headlining performance from Stagecoach, offers 180 and 360-degree views from the audience and the stage itself using an eight-camera set up along with immersive audio allowing fans to feel as though they’re rocking with The Chief right there at the festival. This on-demand experience can be purchased by fans here and watched on their iPhone or Android phone via Google Cardboard, or Samsung Gear VR.

Fans will be immersed in the music as Church plays his biggest hits like 3x Platinum-certified “Springsteen” and Platinum-certified favorite, “Creepin,” as well as songs off his latest album Mr. Misunderstood including his recent No. 1 hit “Record Year” and “Knives of New Orleans.” With the experience, fans will even be part of a moment, true to Church’s rowdy show, where the crowd threw their boots on stage for Church during his performance of the famous, “These Boots.”

Virtual concert goers can choose how they experience the 13-song set by choosing either the multiple camera director’s cut, front row of the concert, or a full 360 view. All access to this virtual event will be $19.99 for a VR Ticket to view the concert and $34.99 for the VR Ticket +VR viewer bundle.

Check out the trailer for Eric’s virtual concert below: