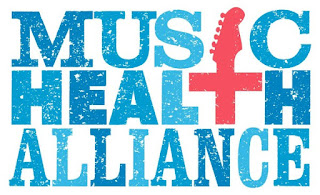 Iconic singer/songwriters Rosanne Cash, Sonny Curtis, Frank Rogers and Steve Wariner took the stage at City Winery Nashville Wednesday night, March 1, to perform the very first and worst songs they have ever written as they divulged the stories and the songs that led to their biggest hits, all to benefit Music Health Alliance. The third annual “The First And The Worst” event raised $95,000 for the non-profit, which provides access to invaluable healthcare support and services, at no cost to members of the music industry. In only four years, Music Health Alliance has secured over $15.5 million dollars in life-changing healthcare resources and enabled access to doctors, medicine, health insurance and financial assistance for 5,200 music industry entrepreneurs and professionals.  Learn more at musichealthalliance.com.

Songwriter Sandy Knox (“Does He Love You?,” “Why Haven’t I Heard From You?”) was the first to take the stage, sharing the inspiration behind “The First And the Worst” before humbly performing her not-so-memorable  song “You Can’t Put Your Love In Layaway,” written at the age of fifteen.

Highlights from the evening included legendary Rock And Roll Hall of Famer and celebrated songwriter Sonny Curtis performing “I’m No Stranger To The Rain,” “I Fought The Law” and “The Mary Tyler Moore Show” theme song, along with his never-before-heard “Clone,” which competed for the worst song of the night.

Four-time Grammy® winner Rosanne Cash wowed the audience, performing her breakout hit, “Seven Year Ache.” In keeping with the night’s theme Cash shared “This Has Happened Before,” the first song she ever recorded and one she jokingly derided for its overuse of nature metaphors and minor chords. Americana Association Lifetime Achievement in Songwriting recipient Rodney Crowell, who also serves on the Board of Directors for Music Health Alliance, surprised the audience, joining Cash onstage to sing “I Don’t Know Why You Don’t Want Me” together for the very first time.

The multi-talented Steve Wariner elicited a collective gasp from the audience and fellow performers after confiding he wrote his iconic “I’m Already Taken” at the ripe old age of 17. He shared his first song, the teenage-angst filled “The Whole World Is Smiling But Me,” and later sang his CMA award-winning song, “Holes In The Floor Of Heaven.”

In a close contest, Frank Rogers, who has produced 18 Gold and Platinum albums to date, received the highly-coveted “Crappy” Award for his off-color “Playing Possum,” as voted by the audience as "The First And The Worst’s" most memorable song of the night. 2015’s “Crappy” Award recipient Wynn Varble was on hand to present the award. Rogers later went on to perform hits “I’m Gonna Miss Her (The Fishin’ Song)” and “Alright.”

“The night’s memorable events allow our creative community to help heal the music and come together to support the long-term health of our own industry and its members,” said Music Health Alliance Founder and 2016 Nashville Healthcare Hero, Tatum Hauck Allsep. "The funds Rosanne, Sonny, Frank and Steve helped raise last night will allow Music Health Alliance to provide free support and services to help heal the music – from access to life-saving medicines, surgeries, treatments and health insurance that is not readily available to the majority of the music industry who are self-employed and part of small businesses.”
Posted by LovinLyrics at 10:51 AM