“‘I Could Use a Love Song,’ her most conventional country number, is phenomenal,
a meditative plaint with clear passion.”
– The New York Times 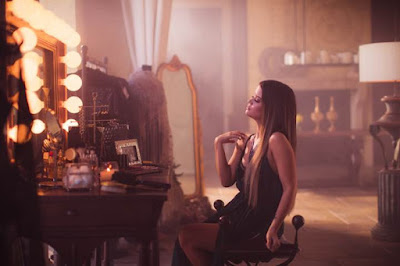 GRAMMY Award-winning singer/songwriter Maren Morris will release “I Could Use A Love Song” as her third single from her widely acclaimed, chart topping, label debut album, HERO, hitting the Country Radio airwaves on March 13.

The Arlington, TX native broke the news this past Friday night from the stage of the New Faces In Country Music showcase at the annual Country Radio Seminar in Nashville, TN, where Morris performed in front of a packed house of Country Radio representatives from all over the globe, where it was noted that Morris was the first artist in eight years to perform on the New Faces stage after winning a GRAMMY since Zac Brown Band and Lady Antebellum in 2009.

About “I Could Use A Love Song” The New York Times calls out the new single as being “phenomenal, a meditative plaint with clear passion.” Billboard adds that the song “shows the vulnerability every true country artist strives to cultivate -- both lyrically and melodically.”

Morris continues bringing her high energy live show this week taking her HERO Tour 2017, which is completely SOLD OUT, to the lucky ticket holders in Oxford, OH (March 1), Chicago, IL (March 2), Springfield, IL (March 3) and Louisville, KY (March 4) before making her return to the U.K. for the C2C (Country to Country) Music Festival March 10, 11 and 12.

It was just one year ago when Morris made her first appearance at C2C where she performed to an audience of 20,000 at The O2 Arena when the singer/songwriter was moved to tears when the overwhelming festival goers sang in unison Morris’ then debut single “My Church” back to her, which CBS Sunday Morning highlighted in their introductory profile of Morris seen here.

For more information on The HERO Tour 2017 and all things Maren Morris, click here.