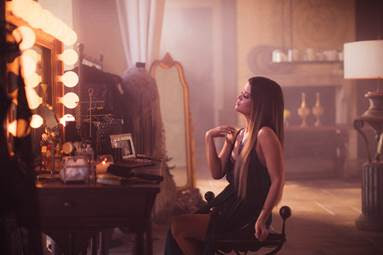 Maren Morris is set to release the deluxe edition of her critically acclaimed, ACM, CMA and GRAMMY Award nominated debut album HERO this Friday, March 17, to all digital service providers. HERO Deluxe features three songs that did not appear on the standard version of HERO, which released June 2016.

The songs that are new for HERO Deluxe, “Bummin’ Cigarettes,” “Space” and “Company You Keep,” all co-written by Morris, will be familiar to fans who have attended Morris’ SOLD OUT headlining HERO Tour 2017 as Morris has performed all three songs each night from the stage.

Adding to the exciting news of the arrival of HERO Deluxe, Morris’ new single, “I Could Use A Love Song,” the tune that The New York Times says is “phenomenal, a meditative plaint with clear passion” hits the Country Radio airwaves today.

Morris continues to take her blend of country, folk and pop sound across the map. As last week came to a close, Morris announced that she’s taking The HERO Tour 2017, which SOLD OUT in minutes for the U.S. leg, international, which marks the first tour Morris has taken to the UK and Ireland. Tickets for the international leg of The HERO Tour 2017 go on sale this Friday, March 17, same day HERO Deluxe is available. Fans can purchase tickets HERE.

The acclaimed singer/songwriter will arrive in Dublin on November 12 to start the first of seven dates across the UK, including a stop at London’s Shepherds Bush Empire on the November 15. The tour will conclude at Sheffield’s Leadmill on November 21. Support on all dates comes from singer/songwriter Ryan Hurd who appeared on multiple tour stops for the U.S. leg.